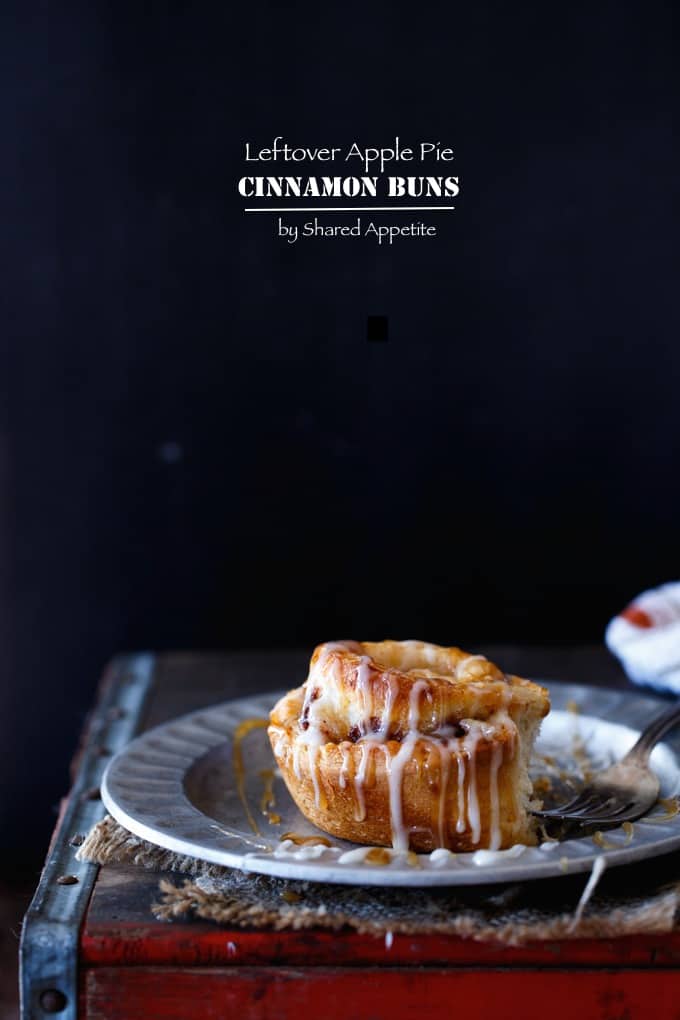 Have leftover Thanksgiving pies?  Put them to good use at Friday morning breakfast with these quick and easy Leftover Apple Pie Cinnamon Buns!

I hear ya.  But hey, if your family is anything like mine, there will be approximately 427 desserts on the table this Thanksgiving and everyone will have already unbuttoned their pants from the main event.  Except me.  I’ll be in sweatpants at this point (the elastic band is key, as it expands with my gluttonous Thanksgiving stomach).

We want to try all the desserts, so we take a little tiny bit of this and a sliver of that.  And always… there is always leftover pie.  Always.

And when I wake up the next morning, my mind always goes to that darn pie.  I have a major sweet tooth.  Sweet teeth actually.  That’s how much I like dessert.  I have multiple sweet tooths.

So what’s a guy to do?  Put apple pie inside of cinnamon buns.   Because then his wife can’t yell at him for eating dessert for breakfast. #winning

Ladies and gentlemen, I present to you… Leftover Apple Pie Cinnamon Buns.

And listen, you can totally use any pie you want.  Feel free to stuff yo’ buns with whatever goodness you have lying around.  Make ’em Leftover Thanksgiving Cinnamon Buns.

Yes.  I did use store-bought cinnamon rolls.  Because really, who wants to make from-scratch cinnamon buns the day after an all-day cooking and eating marathon.  I’m all about convenience (and pie) on Friday morning.