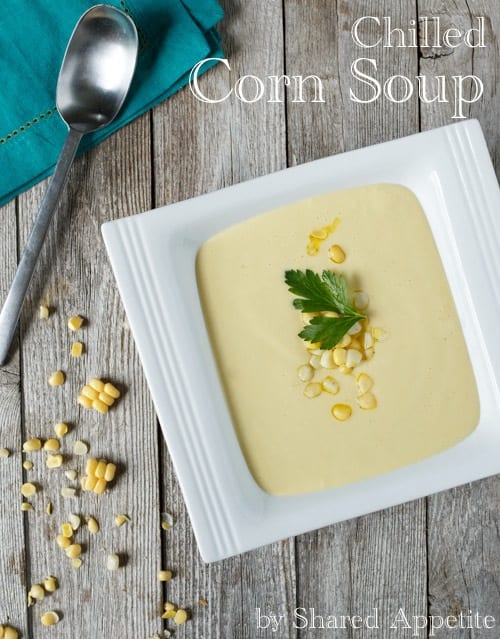 You know when you bite into a piece of perfect corn on the cob.  Like, it tastes like everything corn wants to be, should be, and yearns to be.  Corn so amazing that you almost are afraid to eat it again because it will probably just disappoint and pale in comparison?

This chilled sweet corn soup tastes like that corn perfection.  It’s basically corn flavor overload in a bowl, which as you probably know by now, makes my tastebuds quite happy. 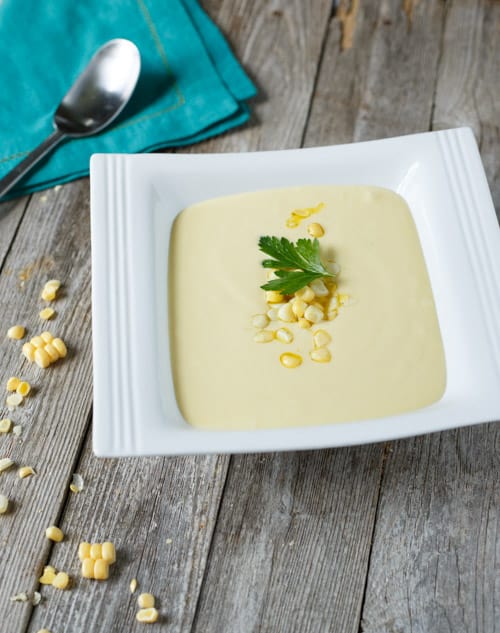 So I guess you could probably also call this chilled soup a corn gazpacho.  It’s pretty terrific on a hot day as an appetizer to cool you down.  I recently served it up as a first course when our friends Matt and Caitlin came over to the house.  And what made it extra simple… I made it the day before.  Just scoop and serve  🙂 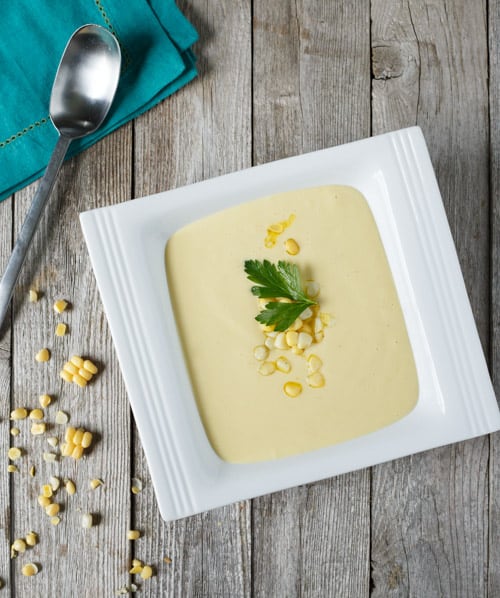 And if you are a fan of this recipe, I highly recommend you getting your hands on Secrets of the Best Chefs

by Adam Roberts (also known as fellow food blogger The Amateur Gourmet).  He traveled around the U.S. hanging out with some top notch chefs, learning their tips, tricks, and recipes like this one.  It’s a really cool book. 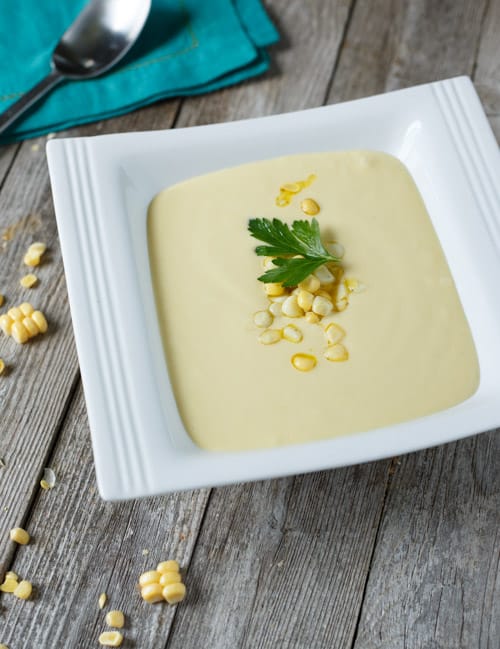