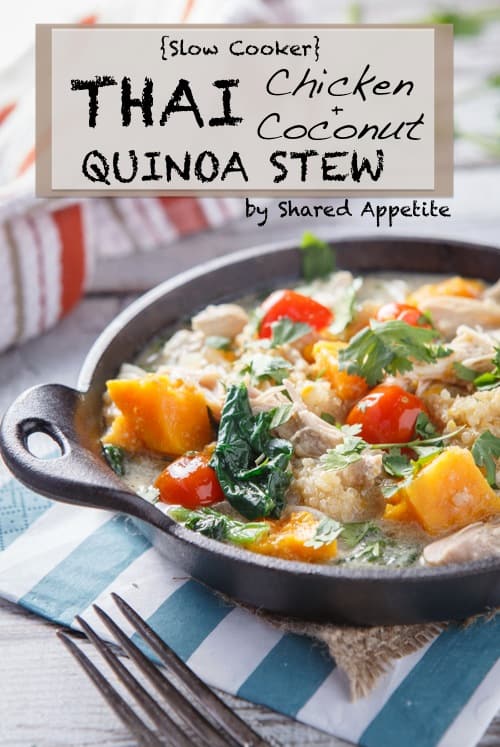 There is definitely no shortage of crappy  slow cooker recipes out there.  I know.  I said it.  But it’s true.  Case in point, I tried making a veggie lasagna in the slow cooker.  It sounded like it was going to be great.  I guess I should have known.  It was beyond terrible.  Asheley wouldn’t even eat it, and she loathes wasting food.

I totally made up for that #recipefail with this Thai Chicken and Coconut Quinoa Stew.  The wife was happy.  Chris was happy.  Life is good.

And I felt pretty good about jumping on the quinoa train.  All my food blogging friends have been using it like crazy and I was feeling super left out.  It took me back to my elementary recess days when I was the last kid picked for kickball.

Just kidding.  I was freaking awesome at kickball.  Us pudgy kids had some serious kicking power. 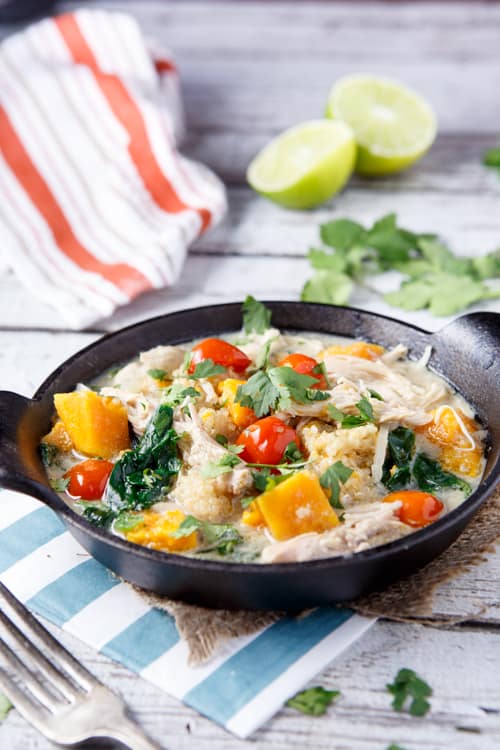 So good news… this Thai slow cooker recipe is pretty darn healthy, which definitely helps with my Operation Stop Being A Fatty.  So far I’m down 20 pounds by the way.  20 more and I’m there.

I’ve actually kinda took a break the last few weeks, but it’s time to get back on track with my diet.  Ugh. 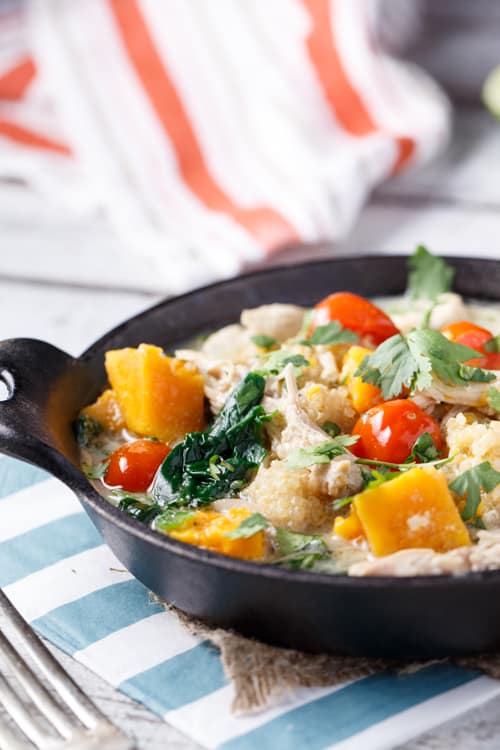