This post is part of a social shopper marketing insight campaign with Pollinate Media Group® and All You Magazine, but all my opinions are my own. #pmedia #lifeforless http://my-disclosur.es/OBsstV. 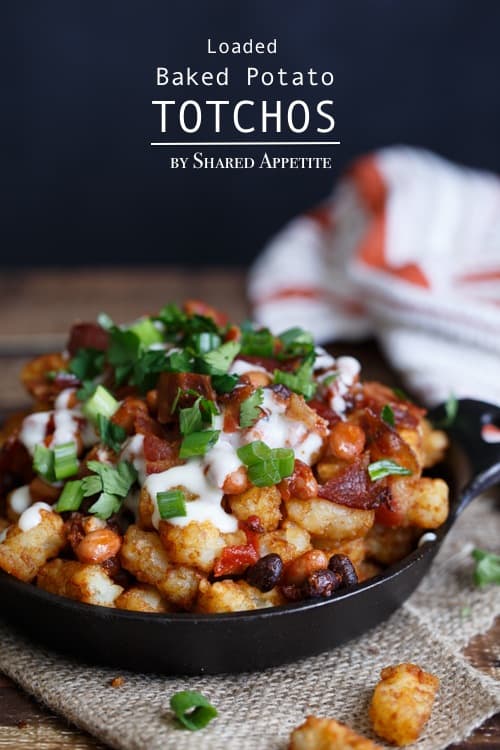 I love nachos.  In fact, I just had them.  Well, not actually at the time you’re reading this, because it’s like 9am.  And as much as I would absolutely love to have nachos at 9am, somebody (Asheley) wouldn’t really be happy with me.

My love for anything and everything resembling Mexican or Tex-Mex food is no secret.  Heck, Cinco de Mayo is my favorite non-major holiday of the year. Seriously, I’m pumped for that first weekend in May.  Party at my house.

I’ve yet to meet someone that doesn’t like nachos.  And if I ever do, I’ll have to seriously ask myself, can this person really be trusted??  Doubtful.

So I saw this mind-blowing, life-changing creation not too long ago somewhere on the interwebs that involved turning tater tots into nachos (side note: I want to meet the person who dreamt up this idea and give them a gigantic high five).  And then I was looking through the April issue of All You magazine and saw a recipe for Chili-Cheese Baked Potatoes.  My weekend destiny was clear.  Make Totchos. 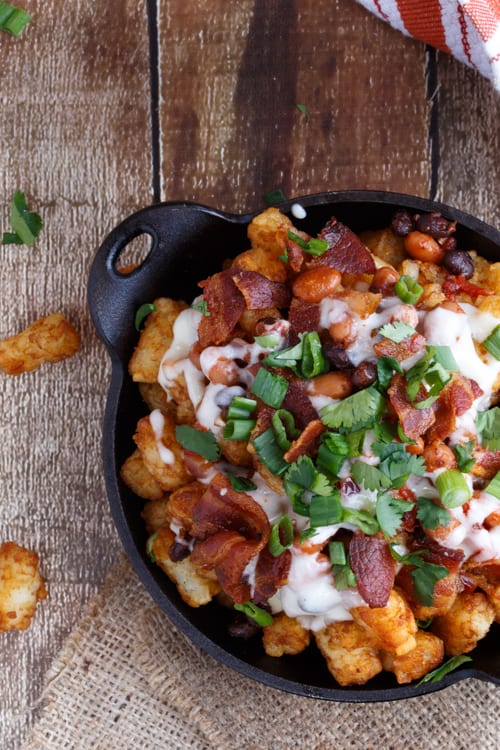 So what’s the big deal with these Totchos.  Think about it.  It’s like tater tots meets loaded baked poato meets nachos.  Pretty much the ultimate snack food.

Eat ’em while watching some sort of sporting event.  I would suggest curling, but you’d make fun of me (except you, David.  I know you’re down with curling).

Eat ’em with friends while playing a mean game of Settlers of Catan.  That game brings out the worst in me.  I get evil.  I love it.

Eat ’em when you’ve had a bad day and just want sit on the couch with your big ole’ batch of Totchos, watching the latest Law & Order: SVU or NCIS marathon on the USA Network… because really, that’s all that they run.

Eat ’em for dinner.  Or lunch.  Our if you’re a real bad donkey, a hardcore breakfast.

Whatever your reason, just eat ’em.  Your taste buds will thank you. 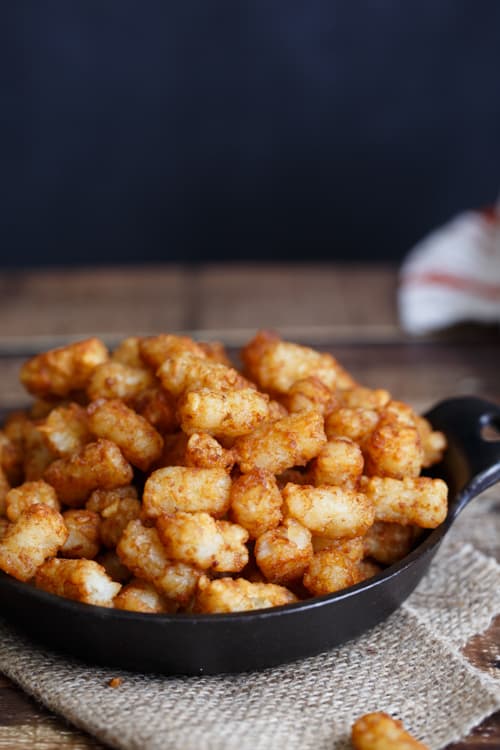 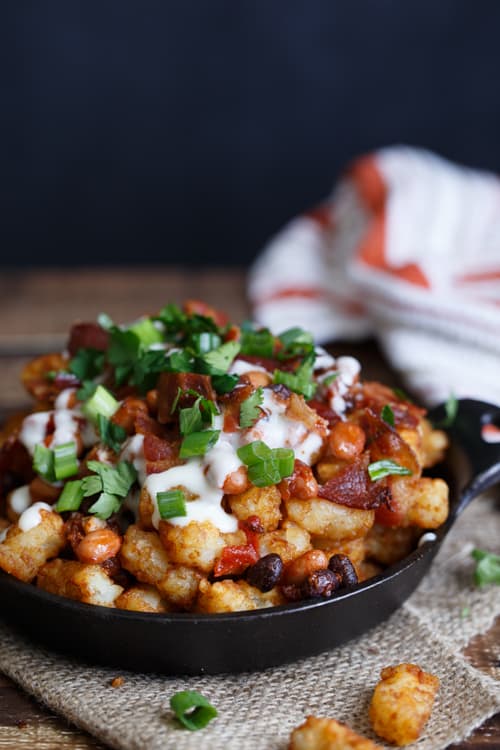 So I was flipping through this month’s issue of All You magazine and came across a recipe for Chili-Cheese Baked Potatoes.  And I’m not going to lie.  Totchos have been seared on my mind a lot lately.  I’ve been wanting to try making them for months now.

This was the perfect opportunity.  I used all the flavors of their Chili-Cheese Baked Potatoes and just did a little tweaking here and there.  Instead of baked potatos… tater tots.  And instead of shredded cheddar… queso.  And add bacon.

Because is bacon ever a bad idea? 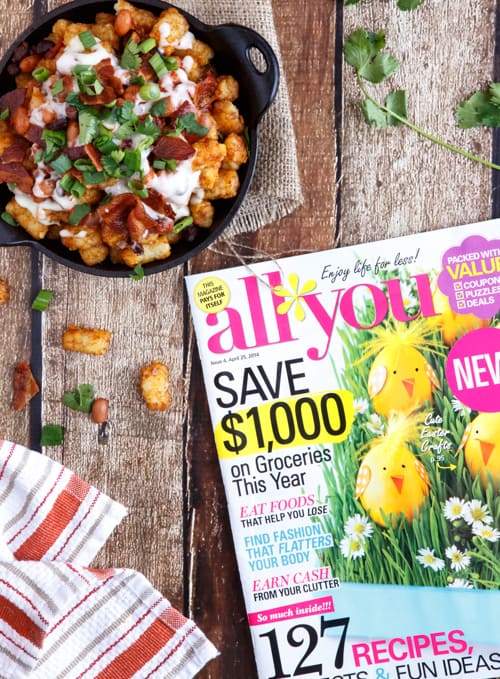 I found All You at my local Target.  You should be able to also.  Nationwide. Even you Alaska and Hawaii.  And when you go, make sure to print out this handy dandy coupon (while supplies last).  You’ll get $1 off.  And with that dollar, go get some tater tots.

Or, win this $50 Target gift card and go on a shopping spree.