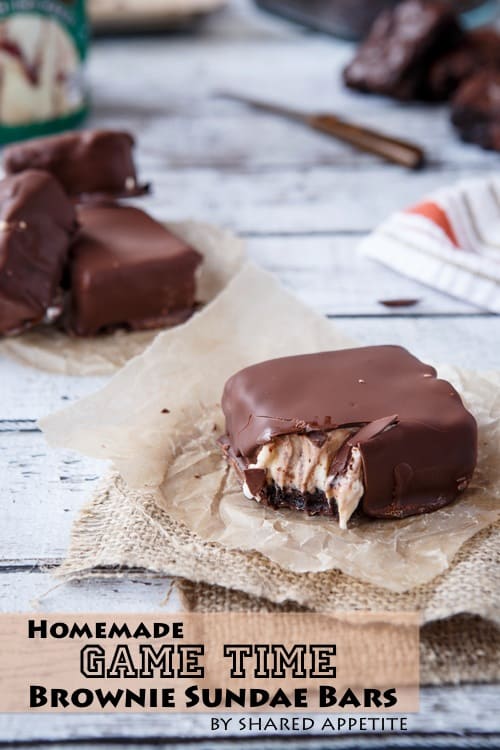 Apparently there is some “Big Football Game” coming up.  Anyone know anything about it?  I swear that if it weren’t for all the amazing game time recipes showing up throughout the blogosphere, it would pass me right by.  That would be a major bummer though, because although I don’t necessarily partake in football fandom, I do enjoy me a party full of good game time food.  And if there’s one thing that The Big Game brings out in all of us, it’s some great munchies.

In case you missed it last week, here’s a pretty extensive recipe roundup of great football party ideas.  But in my book, a good party also needs some good dessert.  And this definitely hits the spot. 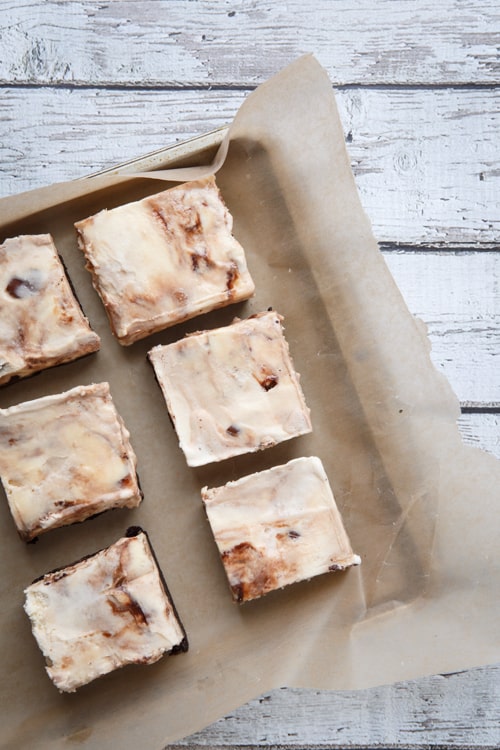 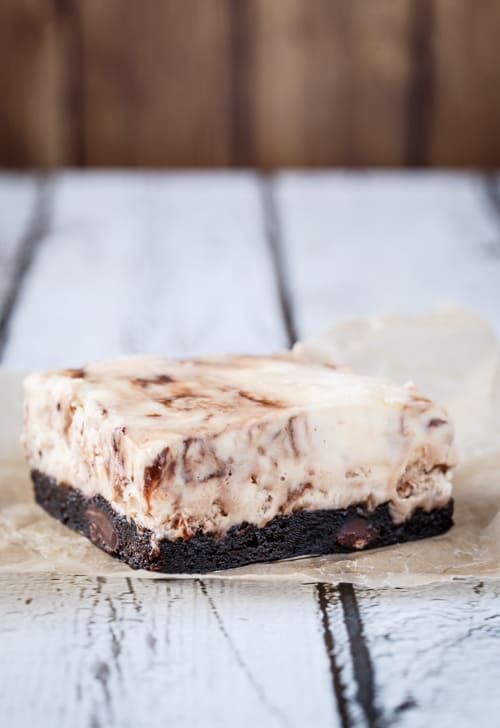 So when I initially started thinking about what I wanted to do with this Edy’s Limited Edition Touchdown Sundae I picked up from Walmart, I was a bit torn.

Some sort of milkshake?  I do enjoy slurping down those bad boys.  But then the cool caramel-filled chocolaty footballs hiding in the ice cream would get demolished.

Ice cream pie?  I do love pie.  But I don’t want to have to deal with cutting up a pie and using utensils at a party.

Brownie sundae?  Yes, oh man, love me some brownie sundaes, but then there’s that whole utensil thing again.  No one has time to handle utensils while simultaneously trying to frantically figure out if there’s any remote chance of  possibly winning money in your work’s football pool.  Please tell me it’s not just me.  I never win.  This is going to be the year though.  I can feel it.

Out of nowhere, I had this vision.  Let’s do that brownie sundae.  But let’s make it handheld.  No utensils needed.  Yea, a handheld brownie sundae, encased in a homemade magic shell.  Boom. 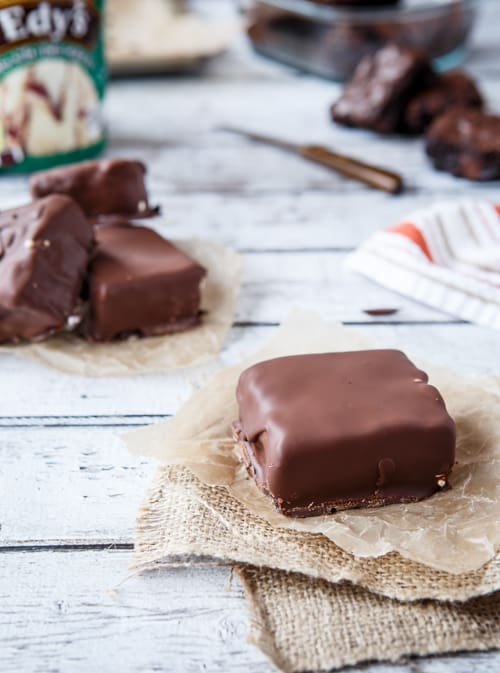 And who knew making a homemade magic chocolate shell was as easy as 2 simple ingredients.  Chocolate + Coconut Oil.

I seriously can’t wait to serve these up to our friends this Sunday.  And best part… I can make them way ahead of time and have them just chilling out in the freezer waiting for their triumphant debut.

Enjoy The Big Game!  And more importantly, enjoy the food that goes along with it 🙂 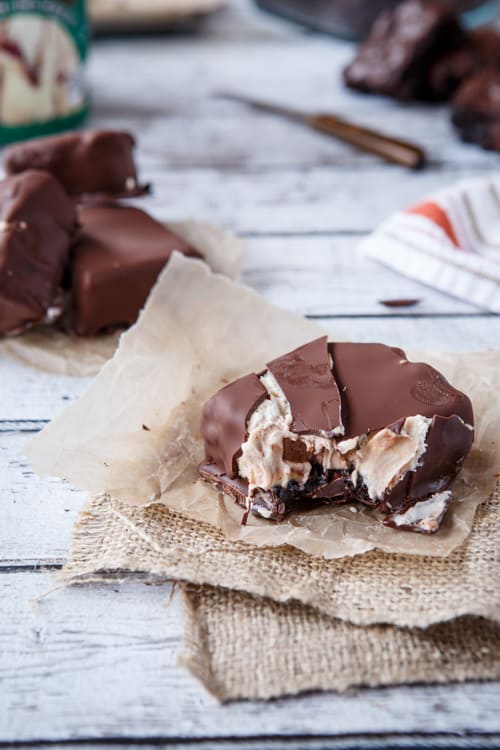 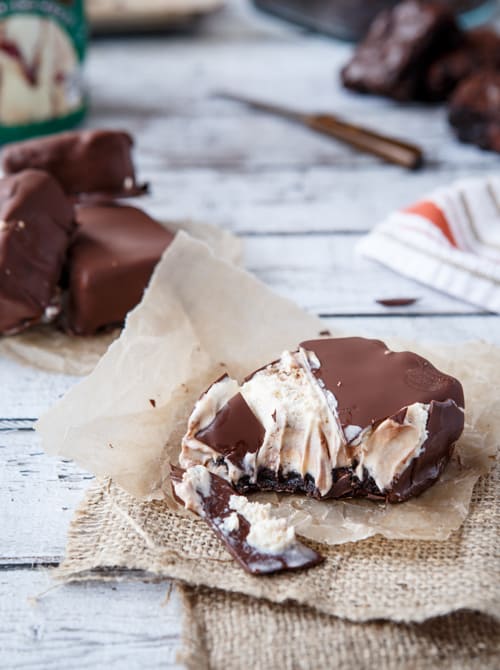 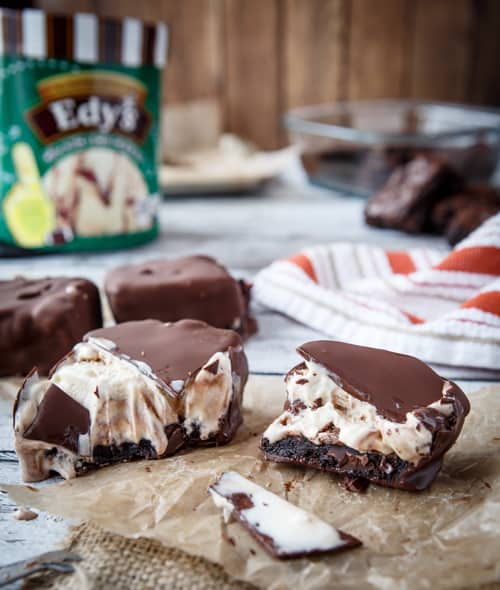 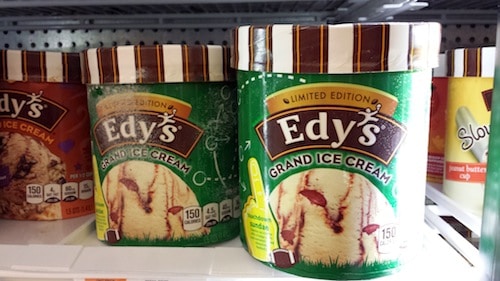 Edy’s Limited Edition Touchdown Sundae is available in stores only November through February!  But don’t worry, you can make these Brownie Sundae Bars year round by substituting one of Edy’s many other awesome flavors! 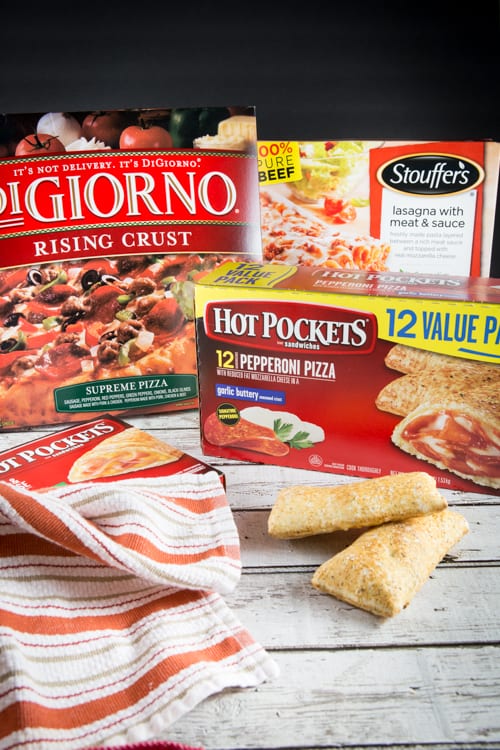 Need more super easy football party ideas?  You can easily grab Stouffers Party Size Lasagna with Meat Sauce, Ham & Cheese or Pepperoni Pizza Hot Pockets, or a DiGiorno pizza for the Big Game.  Just heat and serve.  It doesn’t get any easier than that!

Want to play dress up?  Cut your hot pockets in half and serve them with some creative dipping sauces.  Top your DiGiorno pizza with a few fried eggs.  And you could always add some extra cheese to that Stouffers lasagna and serve it alongside some garlic bread.  Or transform it into a vegetable lasagna by adding some sauteed mushrooms and spinach on top and covering it with some extra sauce and cheese before baking.