You are here: Home / Recipes / Sopa Seca with Beans 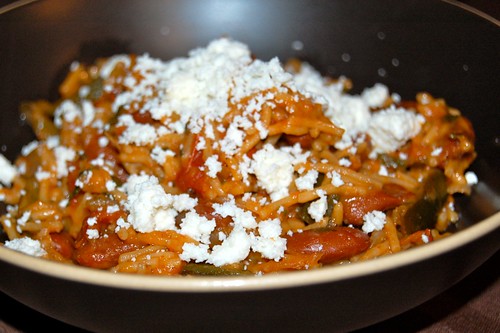 Sopa Seca, meaning “dry soup”,  is a delicious, traditional Mexican dish I just recently discovered.  Traditionally, the dish uses rice, vermicelli, or dry tortilla strips  cooked with tomatoes, onions, and garlic in a broth.  Most of the broth is absorbed during the cooking process, thus the name “dry soup”.  In this updated version, I use whole-wheat angel hair (or spaghetti), and there is the addition of kidney beans and a little kick of spice with poblano peppers.  This is an adaptation of a Sopa Seca recipe from the January/February 2012 issue of Food Network Magazine.  With under 500 calories a serving, this dish provides a good amount of fiber and protein.  Even better, it comes together in just about 30 minutes, which makes it a perfect weeknight dinner.  But most importantly, it’s delicious:

Sopa Seca, meaning “dry soup”, is a traditional Mexican dish featuring pasta that is cooked in a brothy sauce along with garlic, onions, poblanos, fire-roasted tomatoes, and beans. This one-pot wonder comes together in just about 30 minutes and is perfect for any night of the week. 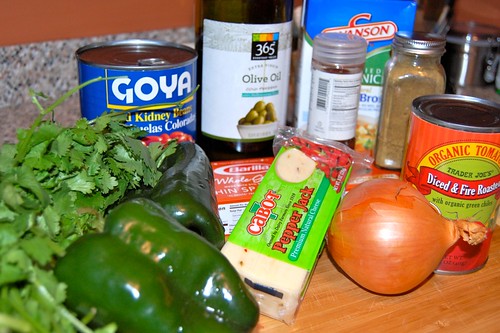 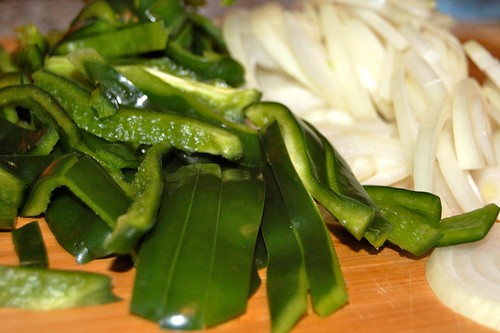 Prepping the Onions and Poblanos 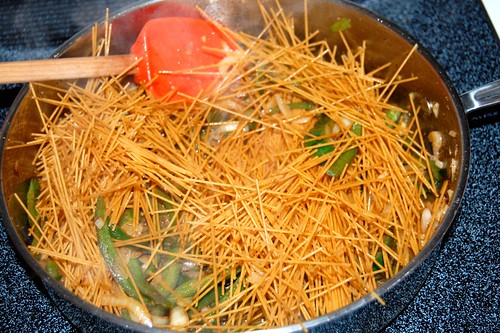 Adding in the uncooked pasta 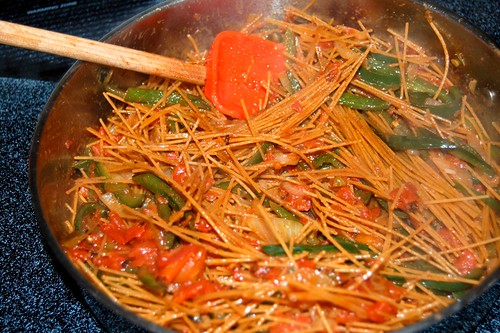 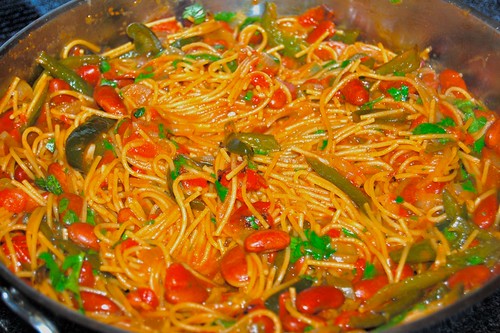 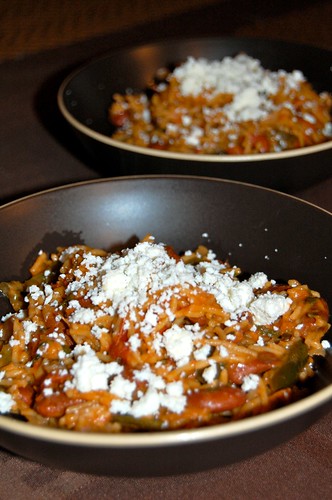 Top with queso fresco and serve! 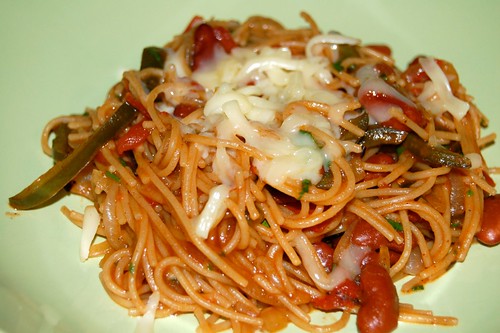