You are here: Home / Breakfast / Sweet Potato and Kale Hash with a Fried Egg 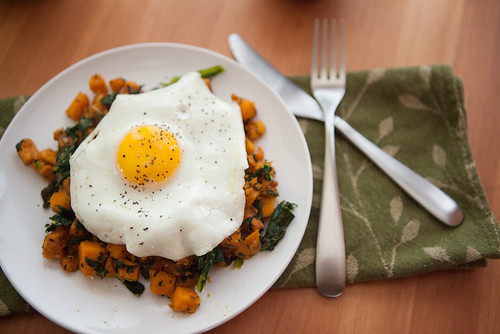 For some, breakfast is their favorite meal of the day.  The thought of cereal gently bobbing in a bowl of milk excites them.  They aren’t satisfied just keeping it a morning ritual… fanatics want breakfast for dinner too.  Preposterous!  I simply don’t get it.  I’m just not a breakfast person.  Never was.  I don’t like cereal, and the thought of having an omelet for dinner visually angers me.  A banana or a Greek yogurt is pretty much as fancy as I get.

Once in a while, though, when the mood strikes me, I decide to cook up a nice hearty breakfast.  Wanting to eat a bit recently, due to the extra poundage acquired since our wedding in July and because of the constant “encouragement” from my wife, breakfast also has to have some major nutritional value.

If you checked out the smooth and velvety Sweet Potato Hummus recipe from a couple weeks ago, you already know the multitude of health benefits a sweet potato packs.  Up the nutrition ante with some kale thrown in the mix, and you have yourselves a dish even Bob Harper would be happy about. 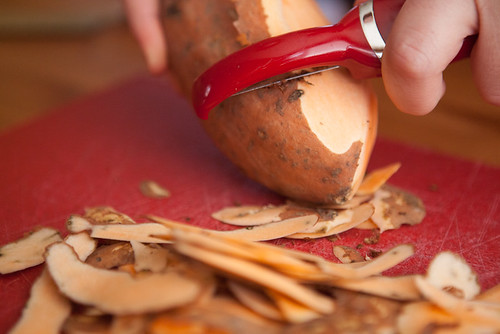 Tyler and I made this hash together while our better half’s were busy, off running one of those Winter 5Ks.  Something else I don’t get: running a 5K in the dead of winter.  But hey, if they enjoy it, and it gives Tyler and I time to hang out and talk food, I’m all for it 🙂  Thanks to Tyler for these beautiful photos!

When you’re prepping your sweet potatoes, make sure to give them a fine dice, around 1/4”.  Cutting them bigger is going to greatly increase the time it takes to cook.  I of course learned that lesson the hard way. 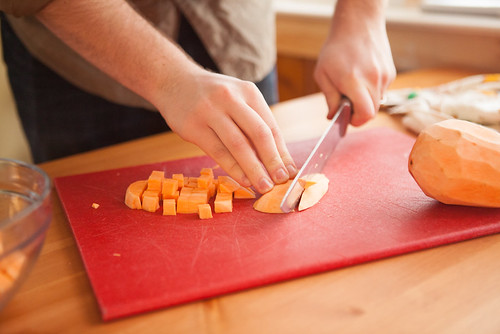 I’m really loving shallots lately.  They are a bit milder and sweeter than their onion counterpart.  If you don’t have shallots, though, feel free to substitute a medium or large red onion.

And now that I’m writing this post, I realize that adding in a red bell pepper would have probably been a nice touch (finely dice the same size as the sweet potatoes).  If you have one, try it and let me know 🙂 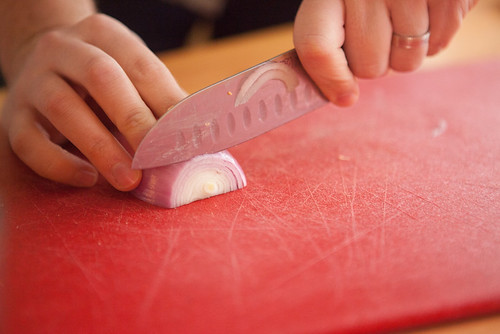 I had a bag of frozen kale from Trader Joe’s in the freezer and used that for this recipe.  After cooking it according to package directions (I did the microwave option), wrap the kale in a couple paper towels and wring out any excess moisture.  Feel free to use fresh kale if you have it, but I like the frozen option because it’s quick and easy! 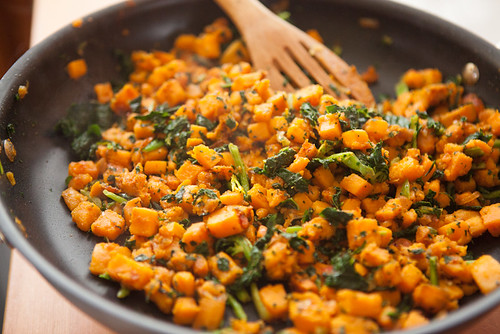 What really makes this hash complete is the beautiful fried egg on top.  And really, is there anything as beautiful as cutting into a yolk and watching it slowly melt out all over the hash? 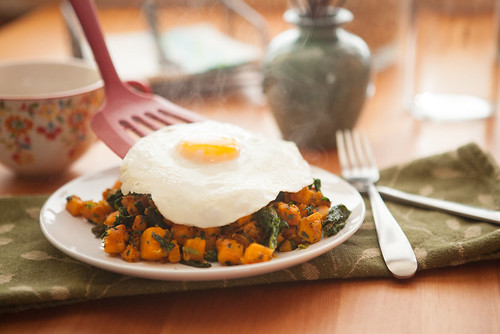 A little extra sprinkle of pepper on your egg and you’re ready to dig in.  Feel free to also drizzle some sriracha over your finished plate if you’re into that sort of thing (Thanks to Tyler’s brother for that tip… I’m definitely doing that next time). 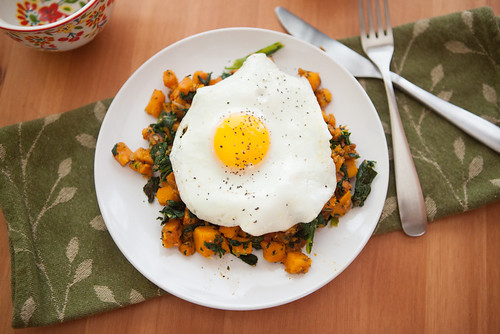 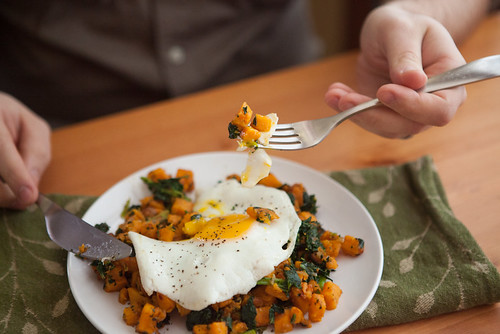