This recipe for Churros Dessert Nachos with Mexican Hot Fudge and Dulce de Leche (and what the heck, let’s add vanilla ice cream and cinnamon whipped cream to the mix) was created in partnership with Dixie Crystals.  As always, all opinions and recipe are my own. Thanks for supporting the brands that support Shared Appetite! 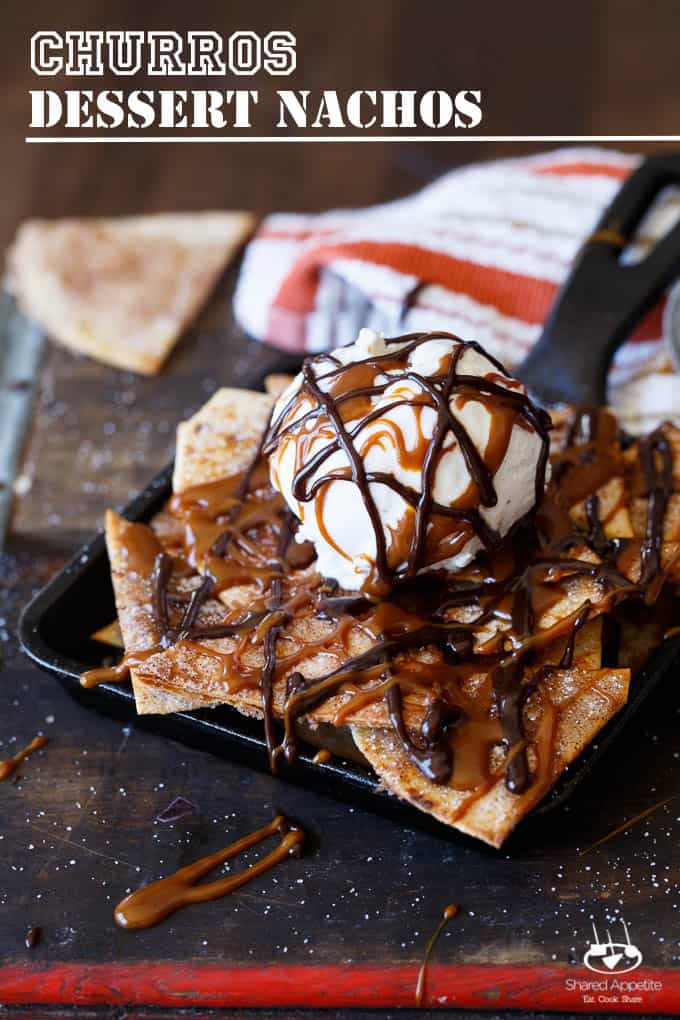 It’s hard to go wrong when cinnamon sugar is involved, and you know it’s only going to get better when dulce de leche and Mexican hot fudge is involved.  Yea, ice cream and cinnamon whipped cream too.  Boom.

Guys.  Cinco de Mayo is extra special this year for me.  I mean, it’s always special.  It’s a day (let’s be real, I celebrate for like 2 weeks) when I gorge myself stupid with anything and everything resembling Mexican/Tex-Mex/Southwest cuisine.  Can’t get enough, won’t get enough.

But this year there’s more to celebrate.  Cinco de Mayo is the day after the official end date for the weight loss challenge I’m competing in.  I’m 45 pounds lighter, winning the competition, and ready to do some serious damage come May 5th.  Like 42 avocados worth of guacamole damage. 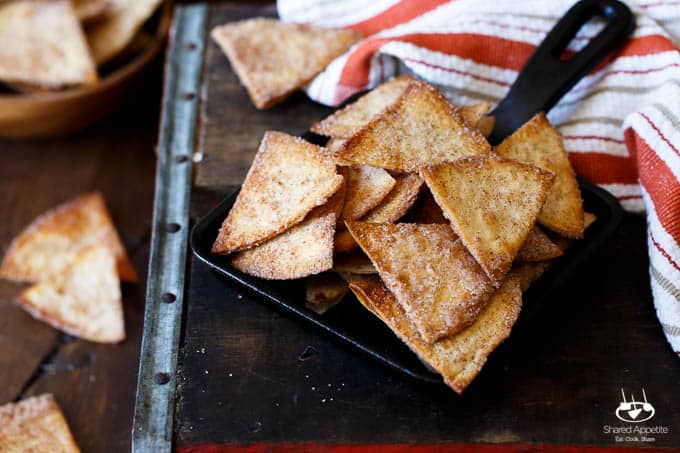 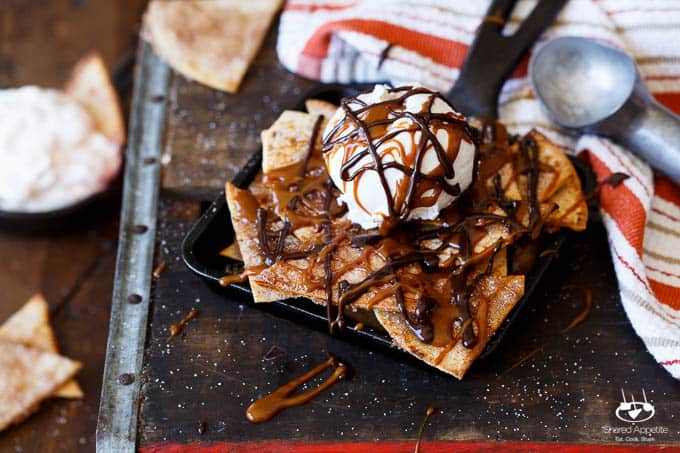 The best part about these nachos?  Uhm, everything.

Yes, but besides that.  They take under 20 minutes to whip up (only 10 minutes of actual prep!) and your kids will love ’em.  Actually, so will adults.

There’s no excuses people.  These nachos need to be in your belly.

A few notes about the recipe here.  If you would prefer to keep the Mexican hot fudge on the mild side, just leave out the cayenne pepper and rely on that cinnamon kick.  And if you can’t find dulce de leche, any old caramel dessert topping will do the trick. 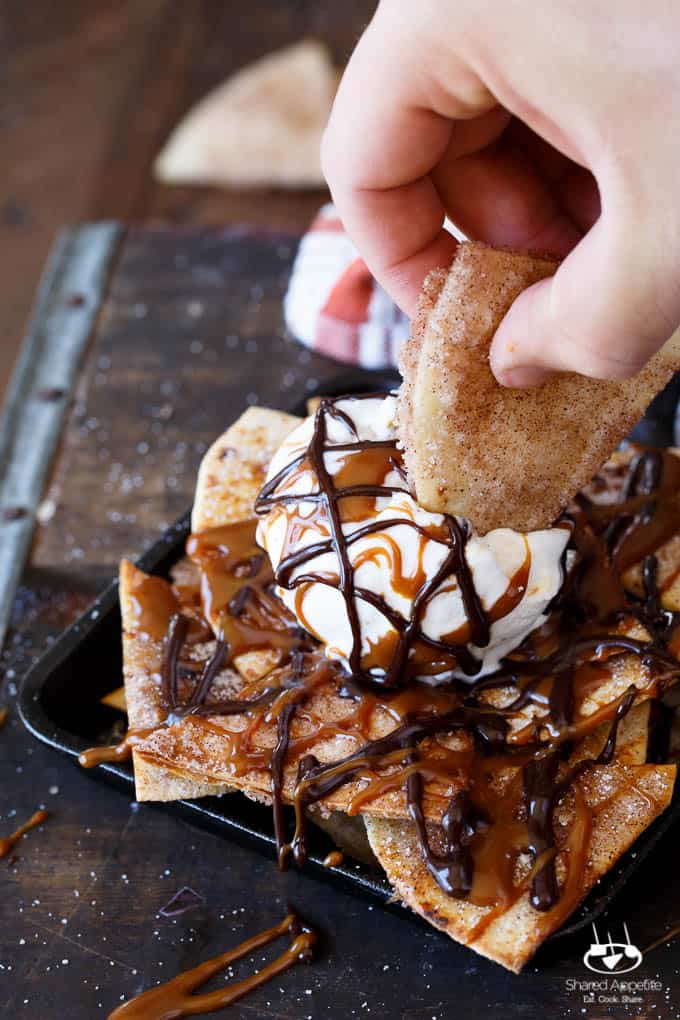 You can find the recipe for these Churros Dessert Nachos with Mexican Hot Fudge and Dulce de Leche over at Dixie Crystals!